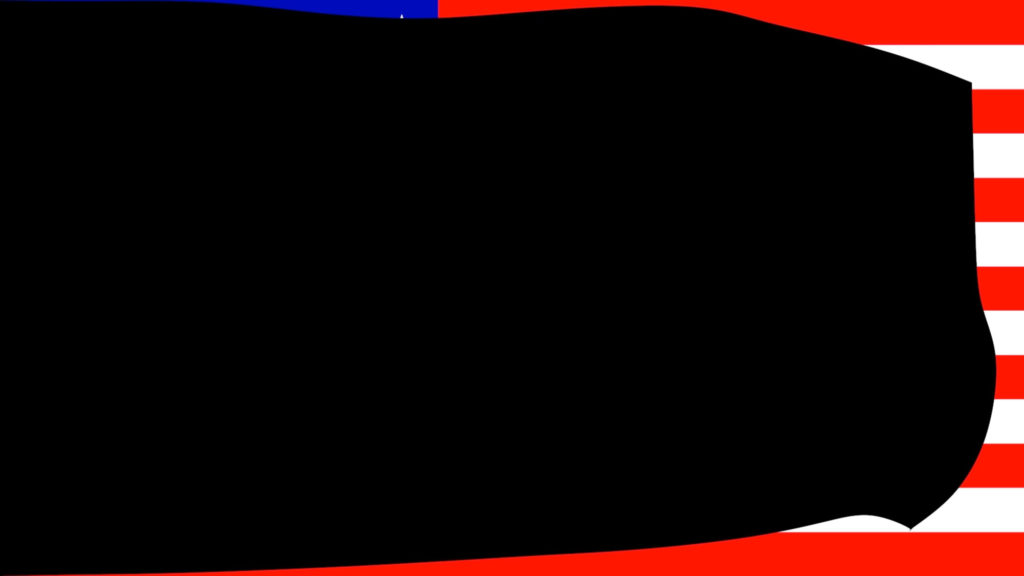 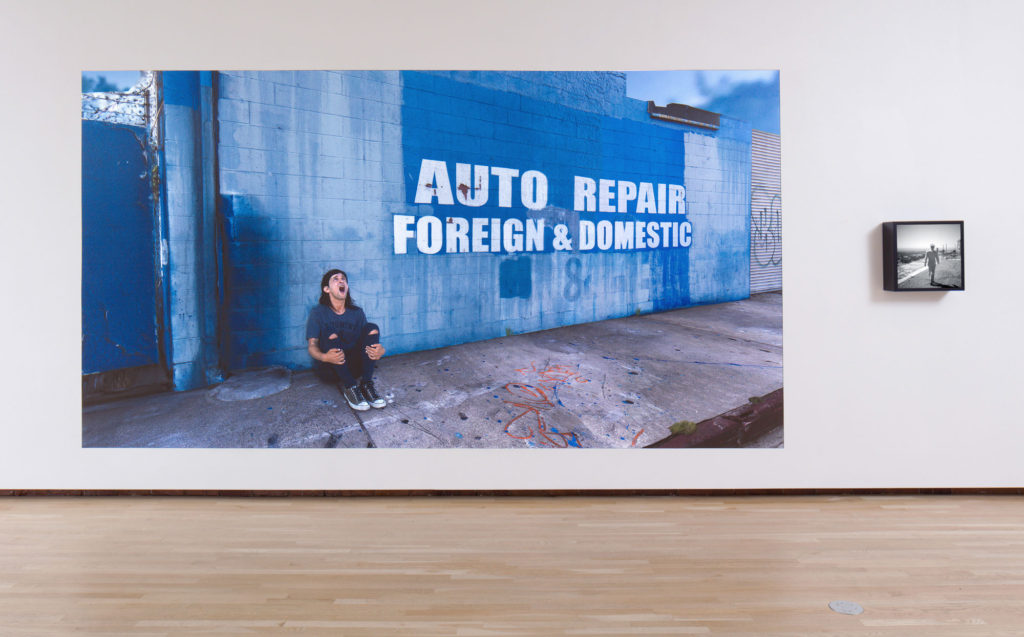 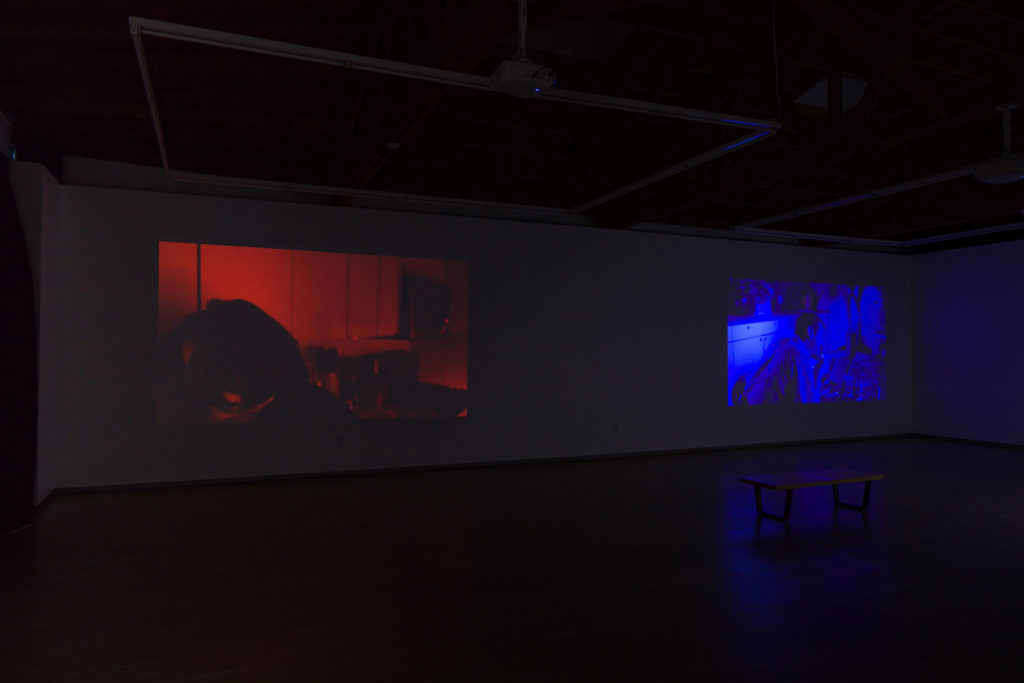 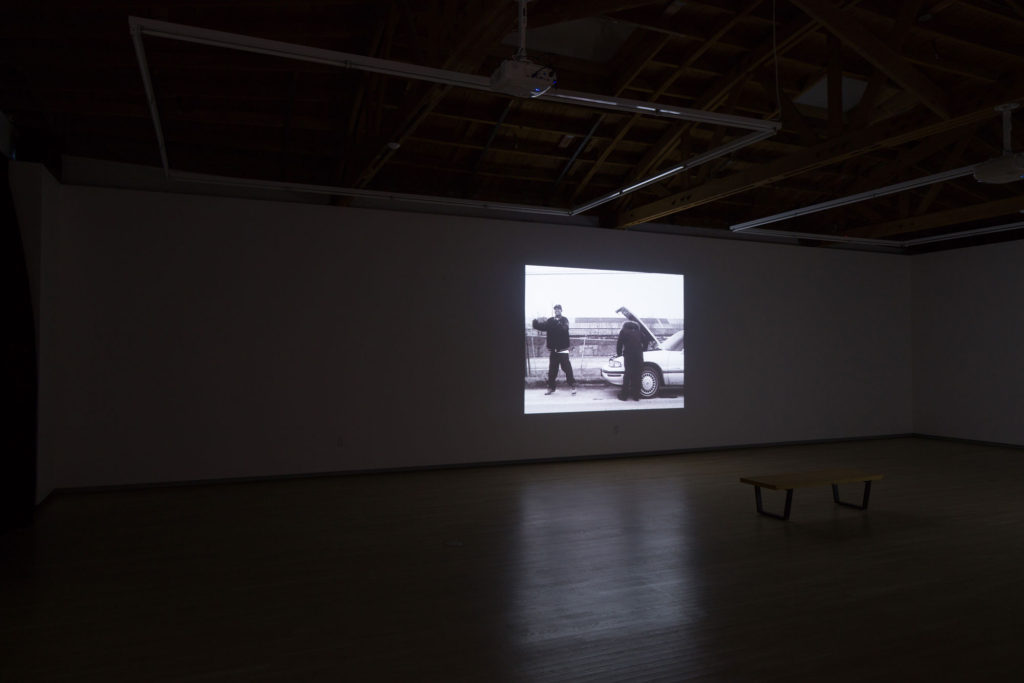 As a marker of the extraordinary nature of our current political moment, the hashtag #notnormal emerged on Twitter directly following President Trump’s inauguration. However, the President’s ascent to power can be understood as a result of the longstanding history of intolerance, fear, raciscm, and the widening socioeconomic disparity within American culture. With this in mind, perhaps today’s circumstances are not so abnormal after all. The works in Not/Normal operate amidst this tension. The exhibition turns to the moving image to capture the fraught and unsettled mood of our social climate. These works poetically depict everyday scenes in the United States punctuated by unease, and explore how “normal” life persists under the weight of our current political situation.

For Not/Normal, Janaye Brown debuts her latest video work, In the Kitchen. Presented as a three-channel projection in the gallery’s main space, it is an excerpt from a larger series of eight videos the artist produced in kitchens in and around New York City. The series reveals this intimate domestic space as simultaneously banal and necessary; in these expressive, minimal portraits—seductively bathed in red, white, or blue light—the subjects use the kitchen as a stage to sing, dress in costume, or simply rearrange the contents of the refrigerator. Brown portrays what she calls the “pregnant moments” of familiar scenes, which she skillfully frames to attract the careful attention of the viewer.

Nicolas Provost’s Illumination brings us outside to a bustling street in Manhattan. Filmed with a high-speed camera at 240 frames per second, the work shrouds the bodies of passersby in darkness, extracting the slow-moving choreography from a typical day. Provost’s practice utilizes the tools of cinematic language to produce experimental films, blurring the boundaries between reality and fiction, and recognition and alienation, to evoke a melancholy atmosphere.

Steffani Jemison is similarly cognizant of cinema’s persuasive power in her acclaimed short, Escaped Lunatic. The work mines the genre of the chase film, popular during the early part of the twentieth century. In these films, authority figures pursue a “maniac” or “lunatic” who has escaped from an institution. The main character runs from frame to frame, encountering obstacles. For Escaped Lunatic, Jemison collaborated with a group of Black performers to restage the movement found in these films. Revisiting the fugitive trope within a contemporary context, the work signals the hold of larger systemic racism across time and its connection to the often unjust representation of black life, particularly within cinema.

Known for his own style of docufiction, filmmaker Kevin Jerome Everson combines archival, documentary, and scripted footage to depict the ordinary realities of working-class African Americans, especially in the Midwest where he resides. His quiet Undefeated is, as the artist states, “about mobility or immobility or just trying to stay warm.” Looking to an uncertain future, this stripped-down roadside scene can be interpreted as a call to continue on, despite frustrations and setbacks.

Owen Kydd’s images interrupt conventional systems of looking. Envoy, an oversized tableau that is the artist’s largest photograph to date, features a solitary figure caught between a state of protest and resignation. Produced using three-dimensional modeling software, it combines various elements from a Los Angeles street scene into a single virtual space. The photograph is presented alongside two other video works that further interrogate the space between still photography and time-based media. As he shifts between photography and video, Kydd questions whether near-stillness can contain a picture, and what this resulting experience says about the moments before and after a traditional photograph is taken.

Created during the 2016 election, Los Angeles-based David Berezin’s Flag is a looping digital animation of the American flag, obscured by the windy movement of a second, shadowed flag. Berezin creates animations, videos, and photographs that wryly recycle clips, commercials, television sitcoms, and other elements of pop culture to expose their base absurdity. Through its visual simplicity, Flag suggests that perhaps the American ideal of freedom and liberty continues to operate selectively, and is often obscured.

Seen together, the works in Not/Normal elicit the psychological unease that permeates and burdens their central subjects and their audiences. As daily life continues during moments of unprecedented change, these works reminds us that the everyday can and should be a space of lived resistance. 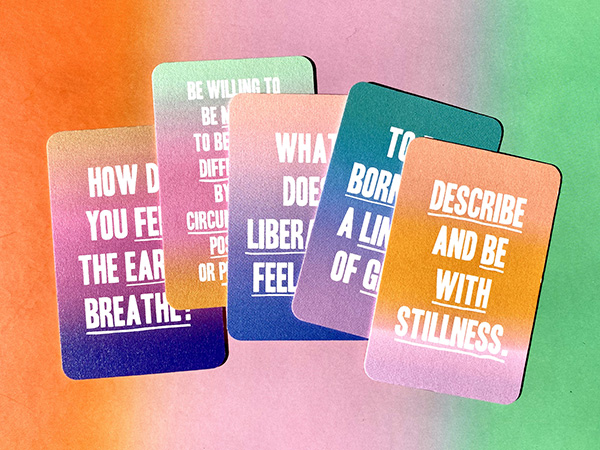 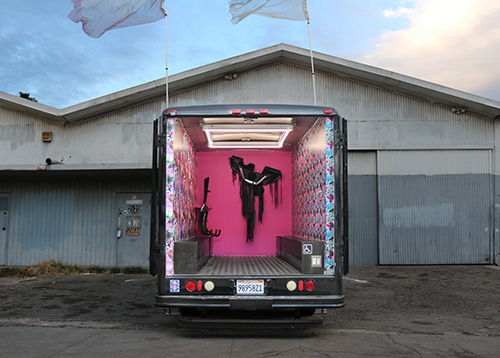 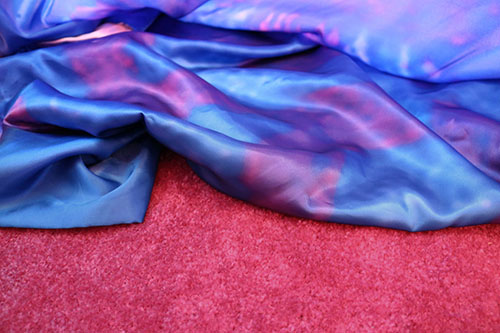 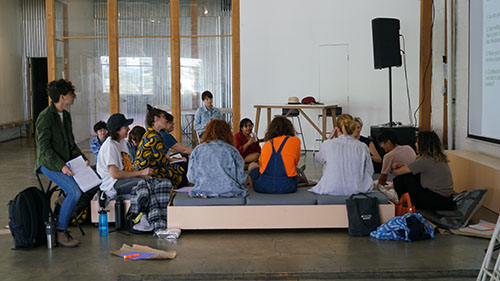 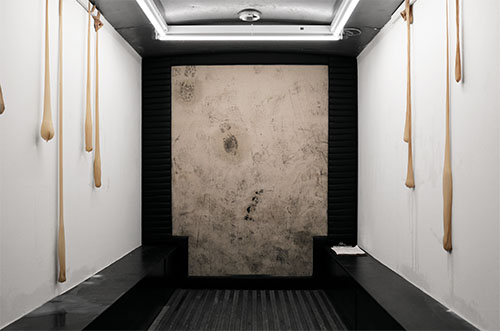 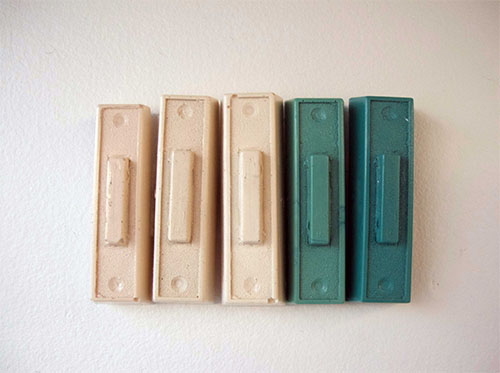 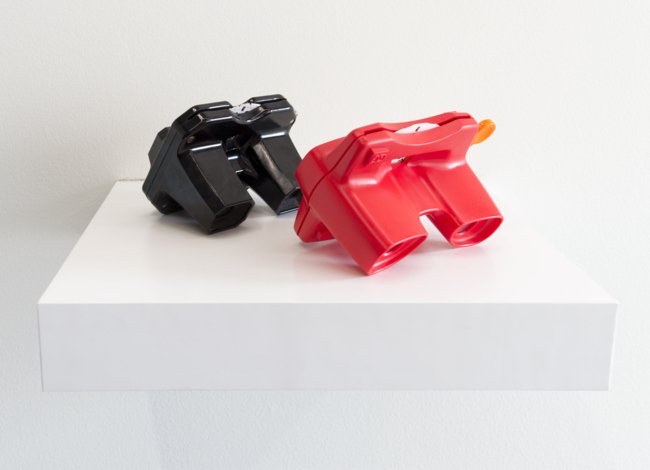 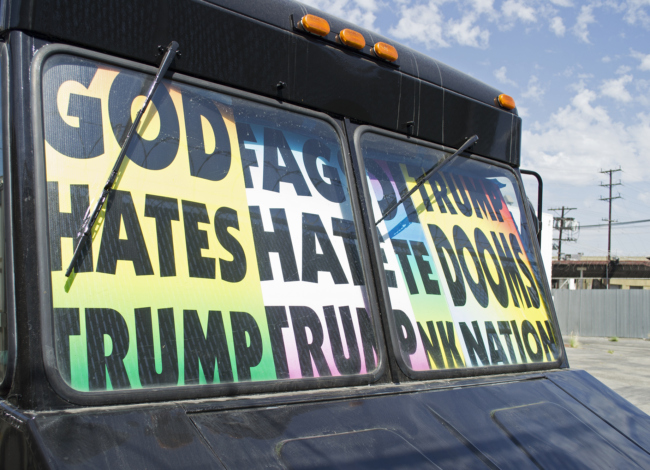 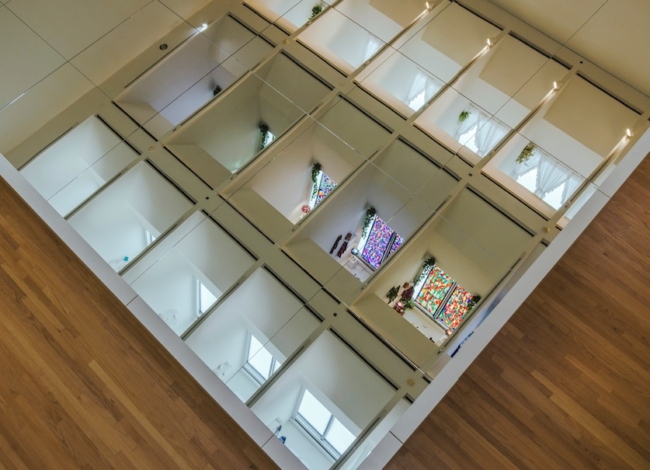 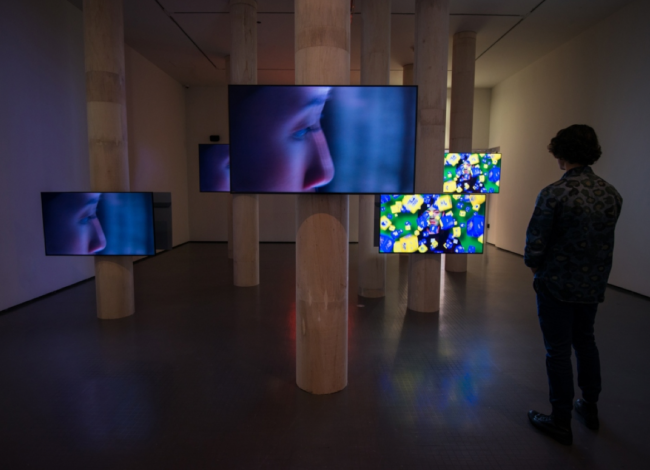 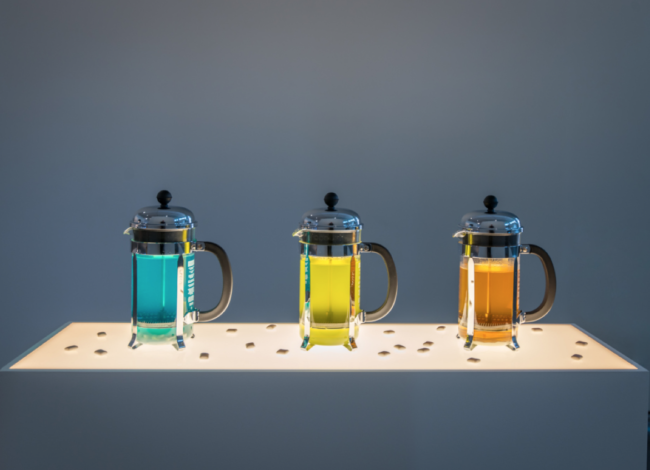 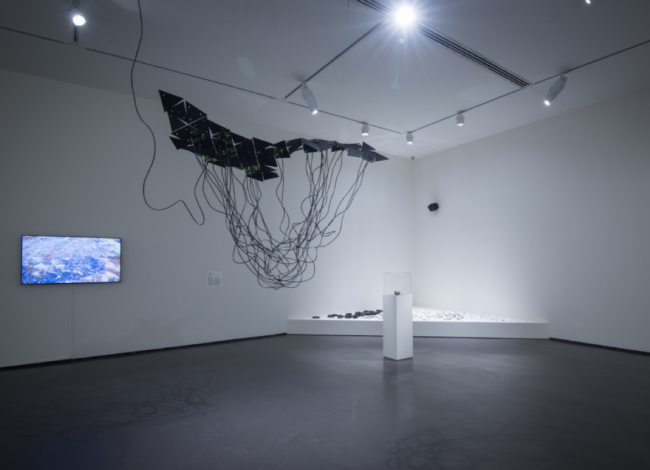 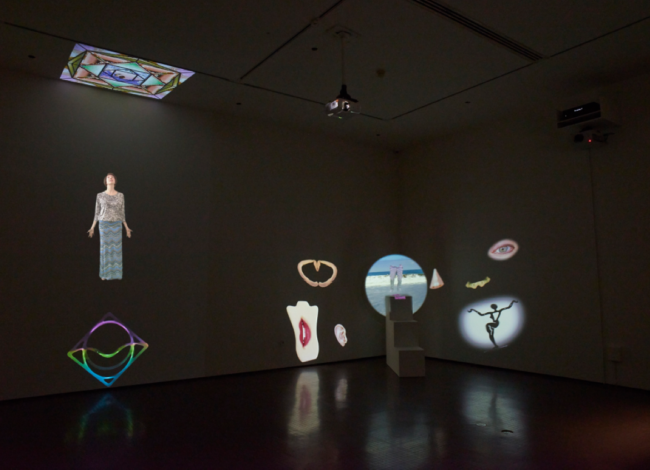 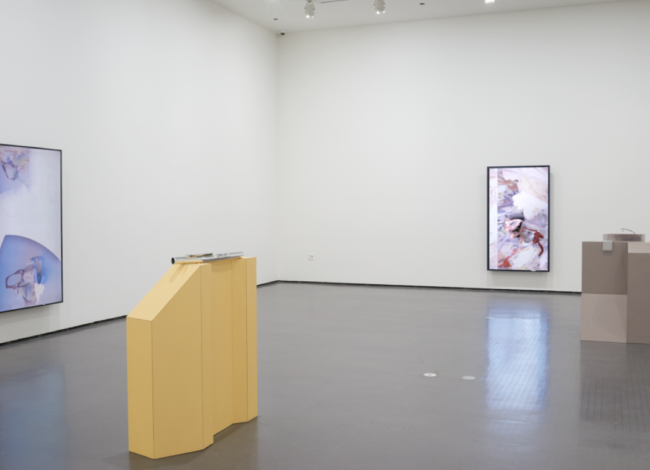 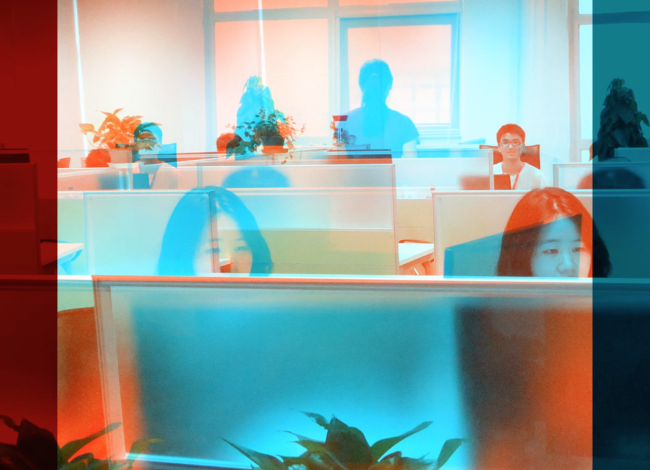 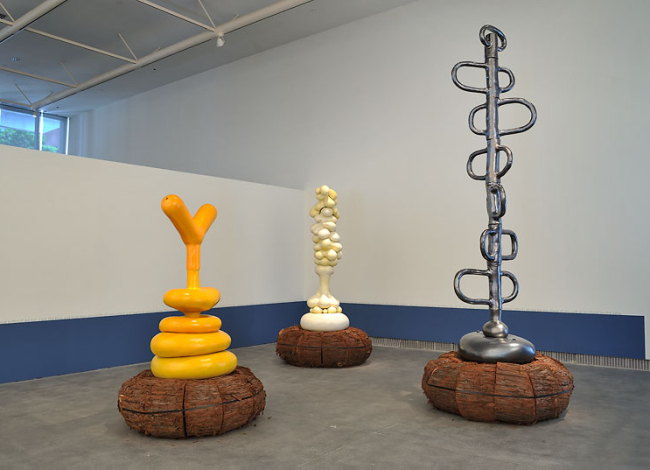 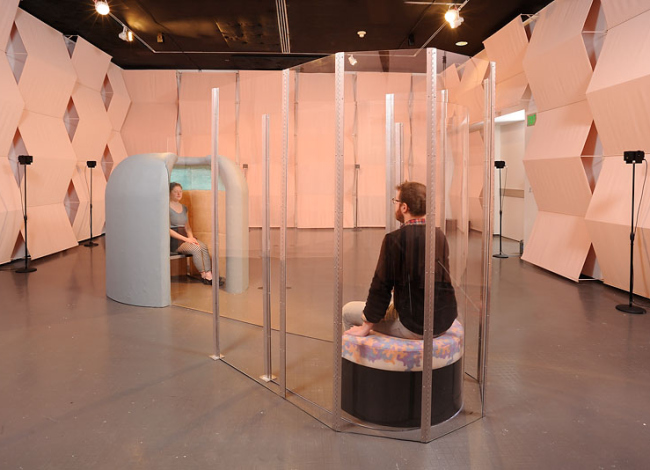 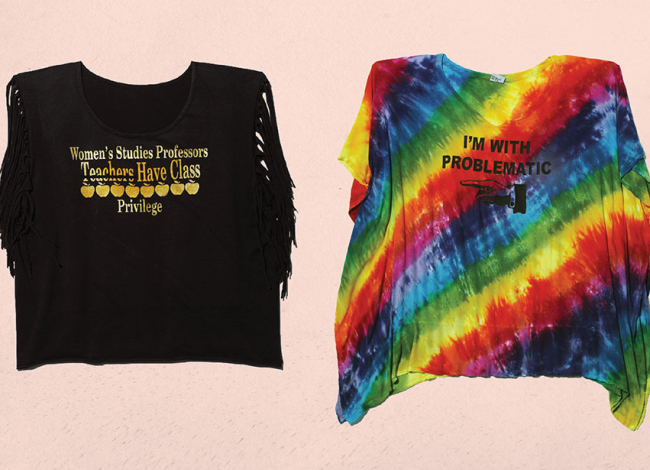 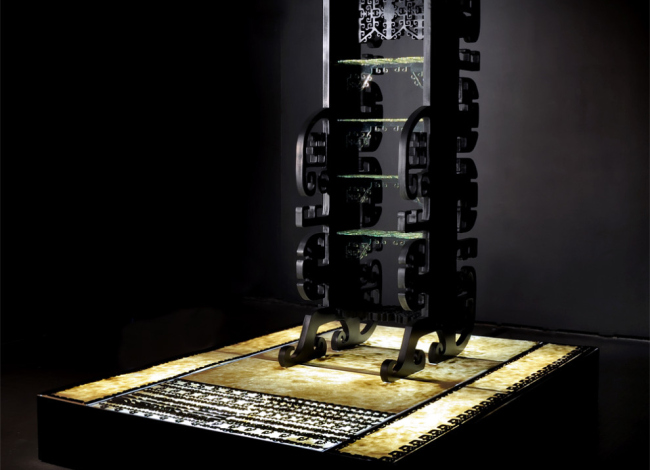 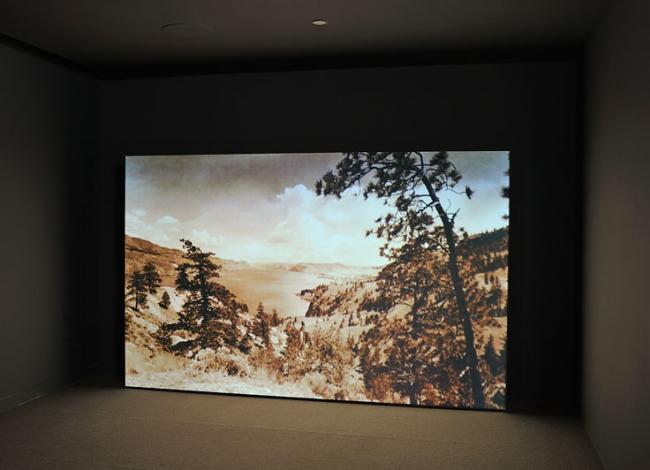 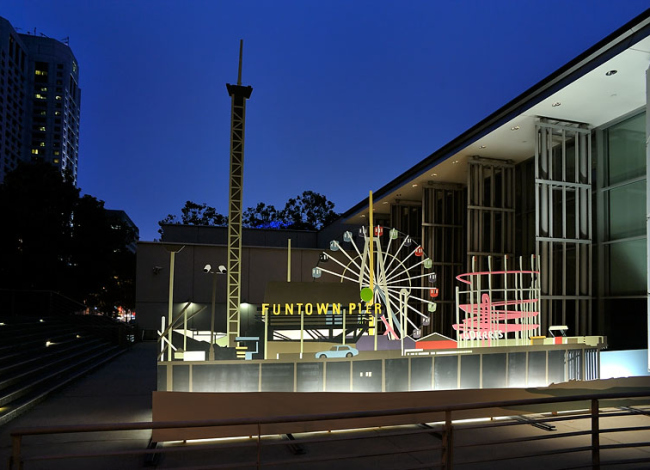 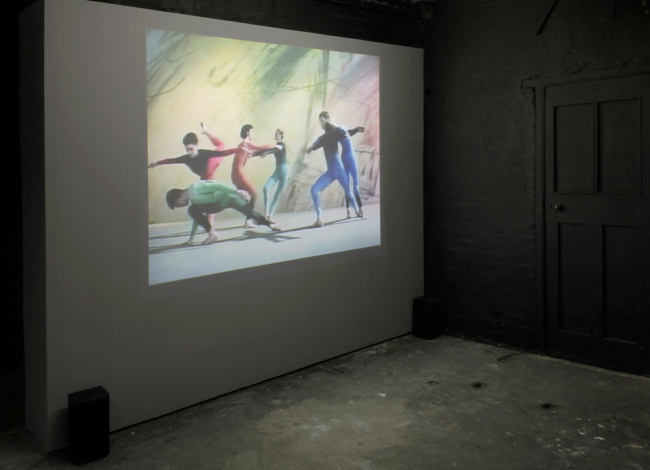 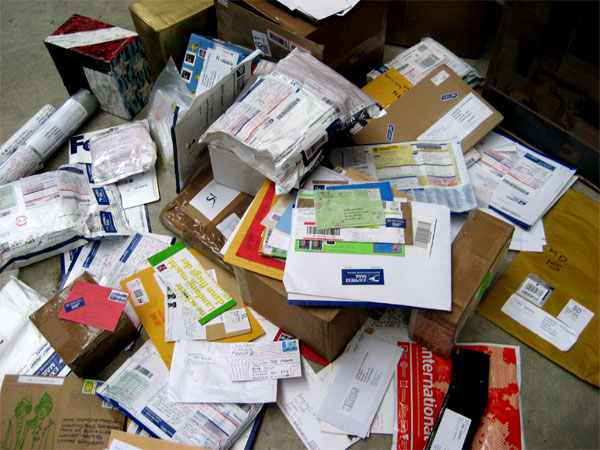 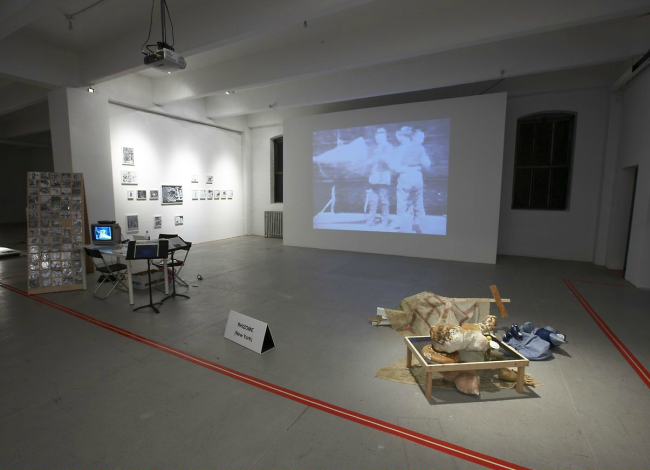 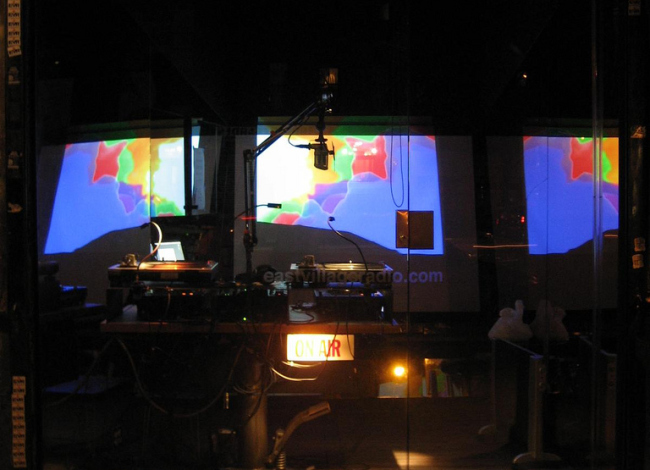